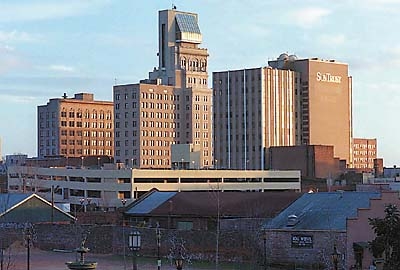 The Augusta-Richmond County, Georgia metro area, commonly referred to as the Augusta Metropolitan Area, encompasses four counties in Georgia and two in South Carolina. This area is located about 150 miles East of Atlanta, GA and 70 miles West of Columbia, SC.

Augusta is located about halfway up the Savannah River at the end of its navigable portion. The city is located on the fall line of the river, which creates a number of small water falls. The city has developed a popular Riverwalk Park along and on top of the city's levee, as well as the historic Augusta Canal which has bike and pedestrian paths.

The city is known for its historic homes, Civil War and African-American history, and the Masters Golf Tournament, held yearly at the Augusta National Golf Club, which is world renowned for its pristine links.

The Augusta Metro Area is best known for its historic homes, Civil-War era history, and beautiful riverfront. In addition, the city’s famous golf course, the Augusta National Golf Club, hosts the first major golf tournament of each year, The Masters. This tournament is one of the most prestigious in the sport and is one of the four major championships. The best professional and amateur golfers in the world come to Augusta during the first full week of April every year.

While the area has traditionally been predominantly Caucasian and African-American, there is an increasing population of Hispanics, Asians, and Indians which is beginning to influence the flavor of the community.

To get started with mobilizing yourself or your church for the Augusta-Richmond County Metropolitan mission field, initiatives and contact info follow ...

The International Link - IL exists as a non-profit, interdenominational Christian organization that works in cooperation with many local churches to serve international guests in the Central Savannah River Area. They also offer ESL Classes open to any interested internationals in the Augusta area.