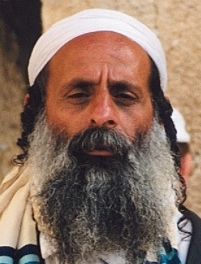 Black Jews are ethno-religious people group of Black ancestry who adhere to Judaism. They may be ethnically African American, Ethiopian, etc. yet religiously follow Judaism.

They speak English but learn and teach the Hebrew language to their younger generations. As such, they propagate the customs, traditions, and beliefs of Judaism.

The United States is home to many different Black Jewish sects located in many larger metro areas. No umbrella organization unites the Black Jews, but most consider themselves to be Black Jews, Hebrews, or Israelites.

Estimates for the total number of Black Jews in the United States range from 40,000, reported by the Encyclopedia of Black America, to 500,000 as stated in a feature story about Black Jews in Ascent magazine. Unfortunately, none of the sources reveal how they arrived at their figures.

The problem of determining a reliable estimate of the number of Black Jews is made more complicated by the difficulty of determining who is a "Black Jew."

As one Black Jew states,

Judaism, as many understand and practice it, is not a race. If it were, then no one could join it or leave it without being genetically altered. Judaism is a creed; a living culture with an ancient history. Those who practice it belong to communities that often have unique traditions. Though it may not appear as such, most Jews belong to definable communities which have traditions that come out of their own histories. Sadly, some of the more influential communities attempt to exercise a hegemony over the others. Black Jews generally reject the presumptive authority of such groups — though they accept many of their traditions and interpretations on other matters. Because of this, Black Jews exist on the margins of Jewish society though well within the pale of principled disagreement. (BlackJews.org)

Many Black Jews claim that they were the original Jewish people, dating their lineage back to Judah. Ethiopian Jews are one good example of Jews who make such a claim.

Many Black Jews originally adhered to Christianity but after wrestling with contradictions and questions that they claim were in the Christian faith, they converted to Judaism. Many refer to their religious experience as reversion, rather than conversion, and feel a cultural connection to the lost tribes of Israel. They say that Judaism has renewed their sense of personal identity.

Nevertheless, Black Jews are a distinct people group, a people with their own social identity, often separated from other people. As such, Black Jews see themselves different from Afro-Americans. They are predominantly found clustered together in larger metro areas in the United States. In fact, Black Jews have a long history in New York's Harlem district.

Black Jews belong to each of the major American Jewish denominations—Orthodox, Conservative, Reform—and to the smaller movements as well. Like their white Jewish counterparts, there are also Black Jewish secularists and Black Jews who may rarely or never take part in religious practices.

Online Talking Bible - English
The purpose of Talking Bibles is to give non-readers and the blind access to the Bible in their native language.