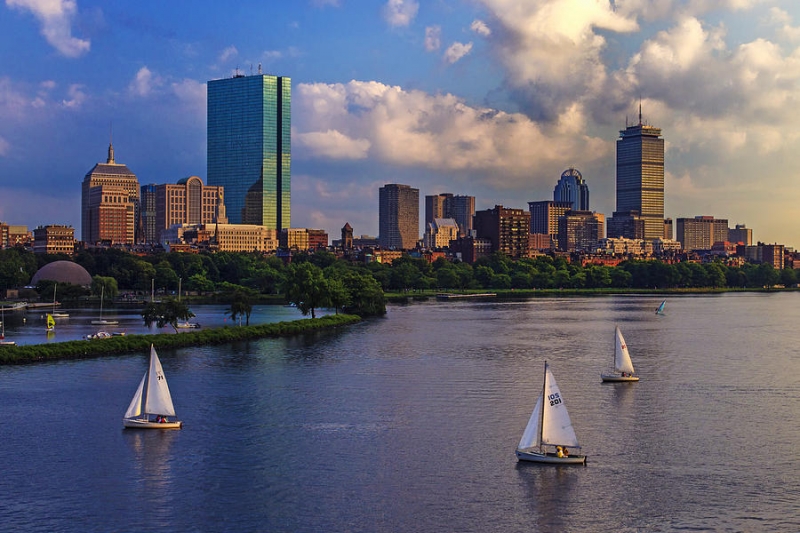 Boston’s Chinatown is the third largest Chinatown in the United States, coming in behind New York (Manhattan) and San Francisco. Another ethnic enclave is Koreatown in Allston Village, which includes parts of Cambridge Street and Brighton, Harvard, and Commonwealth Avenues.

These ethnic enclaves reinforce these people group's identity. Other people groups maintain their distinct identity by forming associations and celebrating special occasions (Such as the South Asian Showdown).

Although Greater Boston has many sites and people significant to American history and culture plus is socio-culturally and socio-economically diverse, it is also ethnically and linguistically diverse. Moreover, being home to many well-known undergraduate and graduate schools, many international students call the Boston metro area their temporary home.

Boston is experiencing growth thanks to an immigration boom. Without immigration, the metro area population would have declined. The percent of foreign born has reached 17.3% and shows signs of increasing. Recent immigrants to the area come mostly from Latin American countries such as Haiti, Jamaica, El Salvador, and Guatemala, and Asian countries such as China, Vietnam, and India. Many are coming for jobs in the scientific and technological industries. Entrenched in a strong European heritage, Boston's European people groups dominant the landscape socio-culturally and linguistically.

In the past several decades, Asian nationalities have reshaped the foods offered, religions practiced, and languages spoken at home. Boston is continuously developing a more diverse population as immigrants from all over the world are making their home in the area. Significant groups of immigrants from East, South, and Southeast Asia have recently made their home in the greater Boston area.

To get started with mobilizing yourself or your church for the Boston Metro mission field, initiatives and contact info follows ...

Immigrant and Refugee Community Resources in Boston - a listing of various ethnic associations by nationality within the Boston Metro Area.