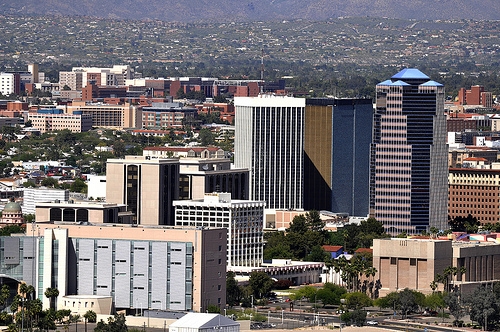 The greater Tucson area has seen consistently large growth ever since the early 20th century. Since the turn of the Millennium, the area has grown by over sixteen percent, and by approximately two percent in the last five years. One of the primary reasons for this is the city's proximity to the border of Mexico, and the flow of immigrants coming from Mexico and South American countries. These growth trends are expected to continue on into the future as immigrants not only from Central America, but from countries around the world continue to settle in the greater Tucson area.

Over two-thirds of Tucson's foreign-born population are Hispanic, and Hispanics make up around forty percent of the total population of the city and the surrounding areas. Mexicans comprise the largest people group at over 75,000 people. Throughout its history, the city has been heavily influenced by Latino culture, and that is evident today. There are Hispanic neighborhoods located throughout the area, and approximately twenty percent of the population speak Spanish at home.

Tucson also has a large refugee population, primarily from African and southeastern Asian countries. Very few of these refugees have been properly assimilated into American culture, and there are small communities located throughout the city.

Iskashitaa- Isakashitaa means “working cooperatively together” and it is an organization that seeks to give aid to refugees from around the world that are relocated to Tucson, AZ.